Yeah, I know that it sounds better when paired with Tuesday. But it can’t be helped! Anyway, I have another bundle coming out next week, HOTWIVES LOOKING FOR ACTION, and here’s a little taste of what’s inside:

Danny left the room as the other men began taking their clothes off. All three were hard and Marcy wasn’t sure what she was supposed to do with them. Just one man was enough to make her faint.

She reached out tentatively, not sure who to take first. She picked Richard, her hand wrapping around his cock and sliding up and down. With her other hand, she pulled Zach close so she could wrap her lips around his cock. Her tongue slid around him, then went up his shaft and licked his balls.

He took her head and pulled it toward him. She released Zach and pulled Leo into her mouth. He was big enough that his cock filled her whole mouth and she had to keep pausing for air as he went deeper and deeper. Soon she felt him hitting the back of her throat and going down.

That’s three stories in one package! Be sure to check it out! 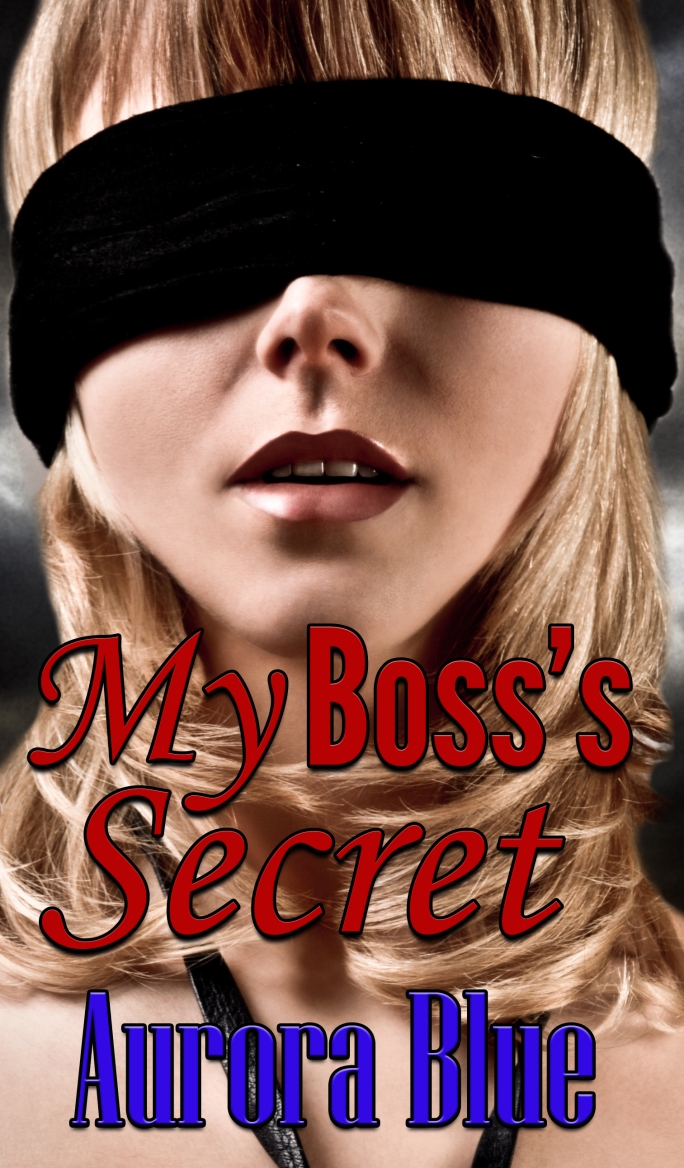 My latest book is out! Check out the blurb:

Hailey Pierce has stumbled onto her boss’s kinky, sexy secret and she doesn’t know what to do about it. Belts, blindfolds, total submission… Never in her wildest dreams did she imagine her hunky boss was into something like this!

But now that she knows, Carter Holbrook isn’t about to let her get away with this information. He invites her in for a private session, and Hailey finds she just can’t say no!

It’s Friday! Time for an excerpt from next week’s book.

“You came here right after college, correct? It’s a very nice job for someone your age. Most others are trapped in unpaid internships.”

“I know. I’m very grateful to be working here.”

I hoped that would indicate that I had incentive not to say anything, but those cool blue eyes continued to regard me dispassionately. Except… I could swear I saw a shine of something like delight there. The kind of delight a cat gets from toying with a mouse.

“What did you do when you were in my office?”

“I looked through your desk for the papers. That’s all.”

I nodded firmly. Then I jumped when I heard the click of him opening the door to the secret room. Heat flooded my face. There is no curse worse than having fair skin.

“How did you…” I looked around. You couldn’t see cameras anywhere, but they had to be there.

“You’re correct. My surveillance system did indeed catch everything. It was also very smart of you not to say anything, because I would have made things far, far worse for you if you had opened your mouth.”

I folded my hands together and squeezed. I could barely hear anything over the thudding of my heart. There might be people out there who wouldn’t want to do business with him because of his proclivities, but I doubted they could hurt him much, if they even believed me. On the other hand, Mr. Holbrook could ruin my career if he wanted.

“I won’t say anything, ever,” I said. “It’s no one else’s business. And I know I shouldn’t have looked in there in the first place. So you can be sure that I won’t tell anyone anything.”

His fingers gently tapped a rhythm on his desk as he considered what I had said.

“Be sure that you won’t say anything?”

“Of course you can. You’re my boss. I can’t do anything without your approval.”

He smirked slightly at that. “But that isn’t enough. I need more of an assurance that you won’t say anything.”

“What… kind of assurance?”

The smile widened. I knew what he was going to say before it came out of his mouth.

“Let’s put it this way, if you submit to one session with me, then you never have to worry about being fired again.”

It’s a pretty sweet read. I can’t wait to share it with you!

It’s new release day! This is definitely my favorite day of the week. Check out the blurb:

Julie’s always had the hots for her neighbor, but she’s not so keen on working for him. She’d much rather indulge in her dirtiest fantasies–as if that’s ever going to happen!

Then Mr. Reiner calls her into his office. She’s in a lot of trouble, and there’s only one way to get out of it: on her knees.

Julie is going to have to work hard for it, and it’s going to leave her begging for more!

Hope you love it!

Time for this week’s teaser!

I couldn’t believe what I was hearing even after Mr. Reiner grinned and confirmed that he had said it. I thought my brain short circuited. It would also explain why my pussy was so wet.

He leered at me, waiting for me to speak, but I couldn’t string any words together. I was suddenly struck by the image of him bending me over the desk and fucking me until I screamed. What’s more, I was sure he knew exactly what was running through my head.

But it was all wrong. I was working for him. And if my parents found out, they would probably make me quit. Which wasn’t necessarily a bad thing, but they would also stop paying my rent and that I wasn’t eager to experience.

“There are rules about that sort of thing,” I said.

“Of course. And I’ll give you a choice: quit and let your father cut you off, go back downstairs with a completely new attitude and work ethic, or suck my cock like you’ve never sucked cock before. The decision is up to you.”

I hated how tempted I was. It seemed like there was a fire between my legs, but I had to think straight.

Wait… why did I have to be responsible? Mr. Reiner was in this just as much as I was.

I got to my feet and went around to his side of the desk. He was already hard and jutting forward in his pants. I brushed my fingers over the fabric as I reached for his zipper. His cock felt positively engorged.

It gets way better from there, so be sure to check it out next Tuesday. See you then! 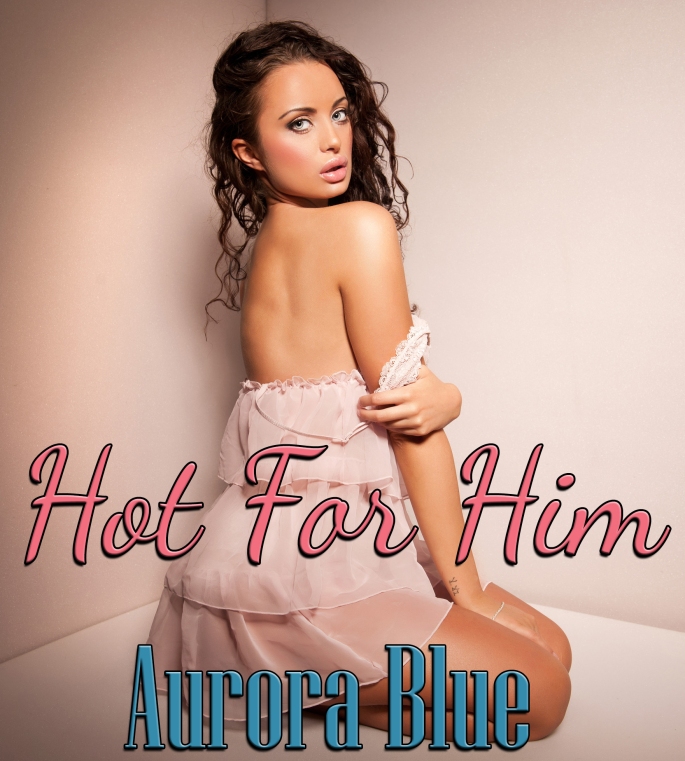 My newest bundle is out! Three delicious stories for one delicious price. Check out the blurb:

Get a load of this: three steamy stories about three girls who just can’t resist older men the older men in their lives.

Well, what are you waiting for? It’s available at these retailers:

Next week is a bundle week! Three hot stories for one hot price. Here’s a piece of one of them, BIG TROUBLE:

And I wanted him. I was dripping wet, and every part of me ached to be touched. My parents kept me locked up for virtually my entire life. Now I was free and I intended to take advantage of that.

“I’m just not sure it would be appropriate,” he said.

“Who cares about appropriate? Just take me. Fuck me hard!”

I kissed him, one hand pulling his head to mine and the other exploring underneath his shirt. His chest was hard and muscled and I pulled back from his head so I could taste it. The scent of his aftershave filled my nose and drove me wild. I had never wanted anyone more in my entire life.

Before I knew it, he was yanking my tank top over my head and my breasts were exposed. My strawberry nipples were erect and he bent down and wrapped his lips around one. Shivers of pleasure radiated throughout my body. Combined with the hand playing with my clit, it felt like an explosion going off inside of me.

He pulled back from me so he could pull off my skirt. My hands scrambled for his belt, undoing it and trying to unzip his fly, but he pressed a finger on my mouth and shook his head.

I stopped, but oh, it wasn’t easy. I wanted him inside of me.

His hand dropped between my legs again, a finger pressing against the entrance to my pussy. Mr. Hale leaned close to me.

“I know you’ve been a bad girl,” he whispered in my ear.

It’ll be on sale next week! See you then! 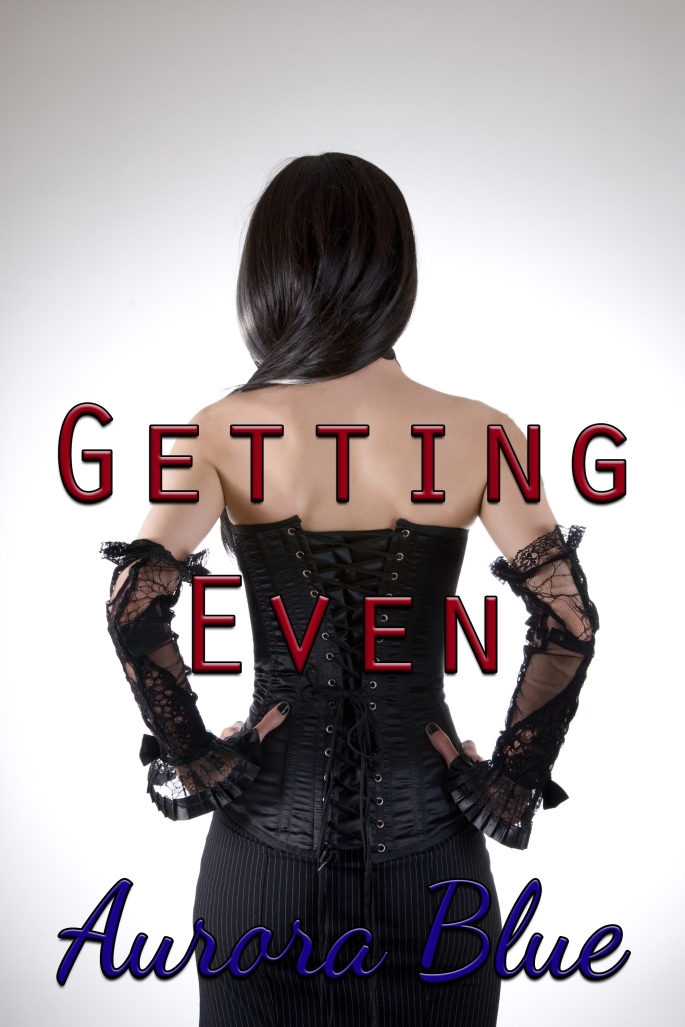 It’s new release day! My favorite day of the week. Check out the blurb from GETTING EVEN:

Ellie is angry with her husband for abusing her trust, when the perfect opportunity to get even is presented to her. All she has to do is sleep with all the men in his office. No big deal… Right?

She’s never been more terrified to do anything in her life. She’s not that type of woman. Maybe deep down inside she knows that when she gets her first taste, she won’t be able to stop!